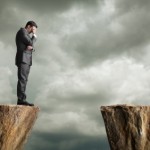 After posing the question, “What is necessary to develop an ethical, quality-focused, productive, cooperative and successful group of people?”, TIGERS® Success Series Founder, Dianne Crampton, went to work. She performed a meta-analysis of psychology, business and education group dynamic research. Out of this research, six principles emerged. They are trust, interdependence, genuineness, empathy, risk and success – TIGERS®.

The next question was, “Can each of the six principles be identified in group behavior and is the model solid and true?” 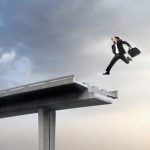 Dianne created a 57-question survey that measured each of the six principles as it relates to the other five for effective team building and group development.  This survey was then subjected to validation testing.

Teams from 17 intact groups, including a Boeing facility participated in the survey. The teams received a pre and post survey and teambuilding interventions over an 18 month period.  The results were independently monitored by Wayne Powel of Gonzaga University’s Psychology department and were interesting.

Following this initial validation testing, Dianne and Wayne condensed the survey to 30 questions and waited for Department of Psychology Peer Review Findings. The results were encouraging and the Findings suggested that another study was warranted to be conclusive. 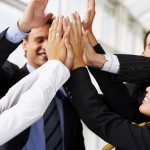 One year later another study was conducted by school districts through the Washington State Education Association.  The Staff of 15 different school buildings were assessed over a 24-month period.

The trend toward site councils — composed of teachers, parents, and principal – proposed that a site council was best suited to make decisions, solve the school’s problems, create and monitor improvement programs then school administrators who had little knowledge of the school’s daily operations and service area.  This was a transitional shift from school administrators making all the decisions to localized, team decision making.

Unfortunately training and development days for teachers were seriously limited.  WEA wanted to know where they would receive their best return on their training investment on a school-by-school basis.

As a result of the work, WEA concluded:

From the time the studies were concluded in 1993, work with merging organizations and newly emerging teams cultures concluded that the six TIGERS values — trust, interdependence, genuineness, empathy, risk and success — reinforce the vision, mission, goals and operational values of team-driven organizations.

What Four Years Of Hard Work Means For Your Team

The results of this extensive testing showed Dianne and Wayne that not only can these six principles be measured by organizations but they also reveal the current status of a team and predict future team behavior.  Today you can benefit from this research with a solid, intricate online survey system and team evaluation. The TIGERS Team Survey will show you where your team stands now and provide insight for a reasonable (and positive!) outlook for a year from now.